The Inspiring Colours of Australia

Australia is a vast island continent that is made up of mostly desert although most people would not know it. The majority of the inhabitants cling to a small coastal fringe around the edges of the continent divided from the bush by long chains of mountain ranges so called the 'sandstone curtain". These dividing ranges not only divide the vastness of the land but also divide the country socially and economically in more ways than one despite what governments would tell you. 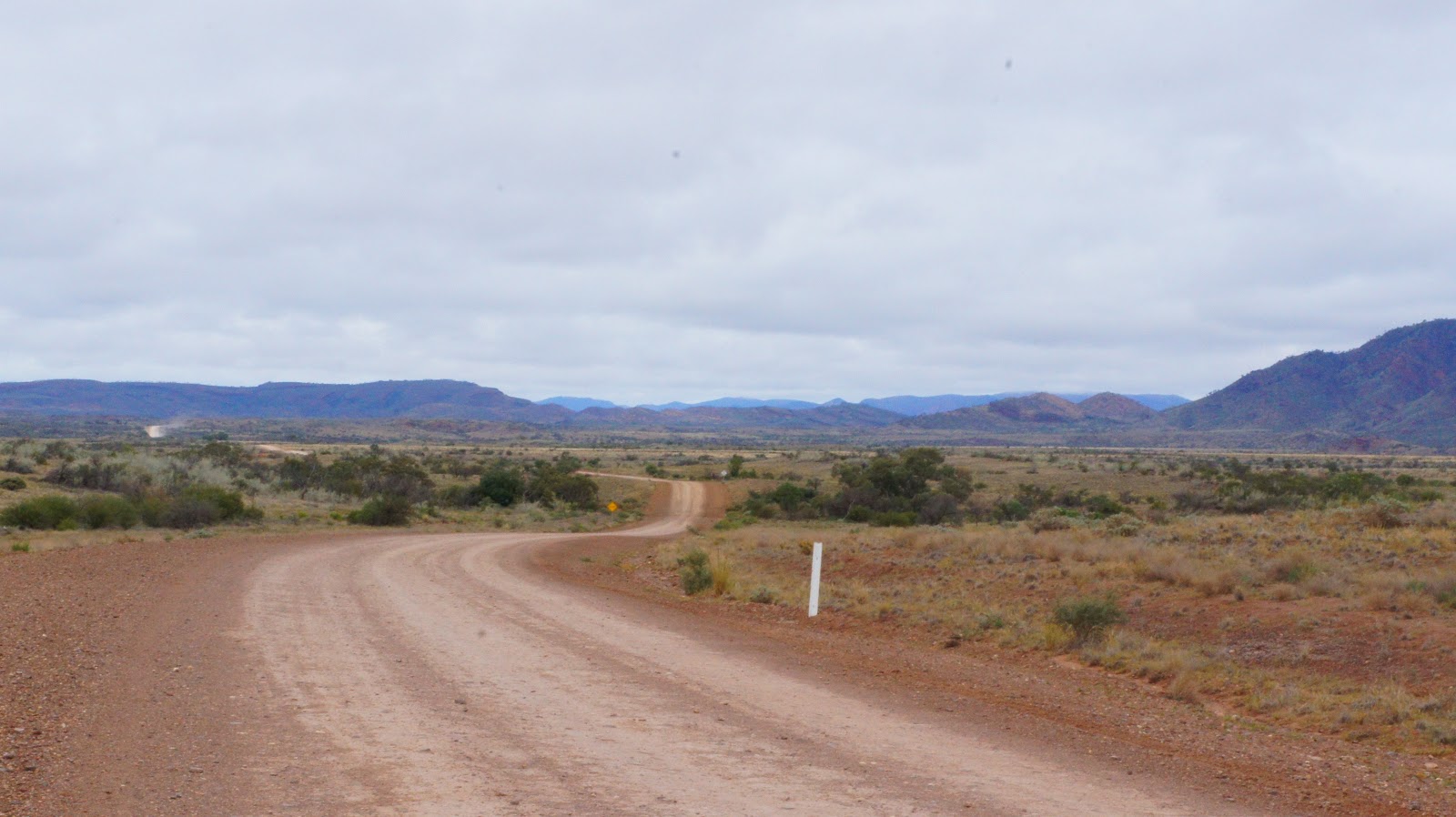 As I travel around Australia looking for inspiration for my artworks, I am reminded constantly of how an unwary population is allowing the countryside to be raped and pillaged by big companies. It scares me as I ponder the huge gaping wounds that mining makes, the wide and denuded soils of large agricultural consortiums, the dying and drying deforested hillsides and I wonder where it will end.

My early life on an orchard gave me a love of the land I live in and depend on, not only for food and work but also for inspiration to create my art works. The ways of caring for the land that I was brought up to were more closely connected with composting, planting of nitrogen giving plants between the rows, hand picking and pruning, working with the seasons and the cycles of drought and wet. These practices have largely been replaced by methods that for me, seem disconnected and ruinous. Monsanto and other large corporations do not have a holistic approach but instead use a broad brush that misses the defining moments that make up lives at a very personal level.

I worry for my grand children and what is being left for them but at the same time, I now see a new, young, vibrant and intelligent generation that ask the hard questions and who are taking on the bigger institutions and demanding to be heard. I cheer these leaders of the future on. New ways of lobbying in GetUp and Change.org are bringing about renewed hope for the future.

After 200 years of settlement, I see a new generation that at long last, regard Australia as their home as they embrace not only the mistakes of past generations, but build hope for a brighter future. In some small way, I trust that my environemental paintings will also bring about change and a rethinkng of politics and 'living WITH the LAND'. 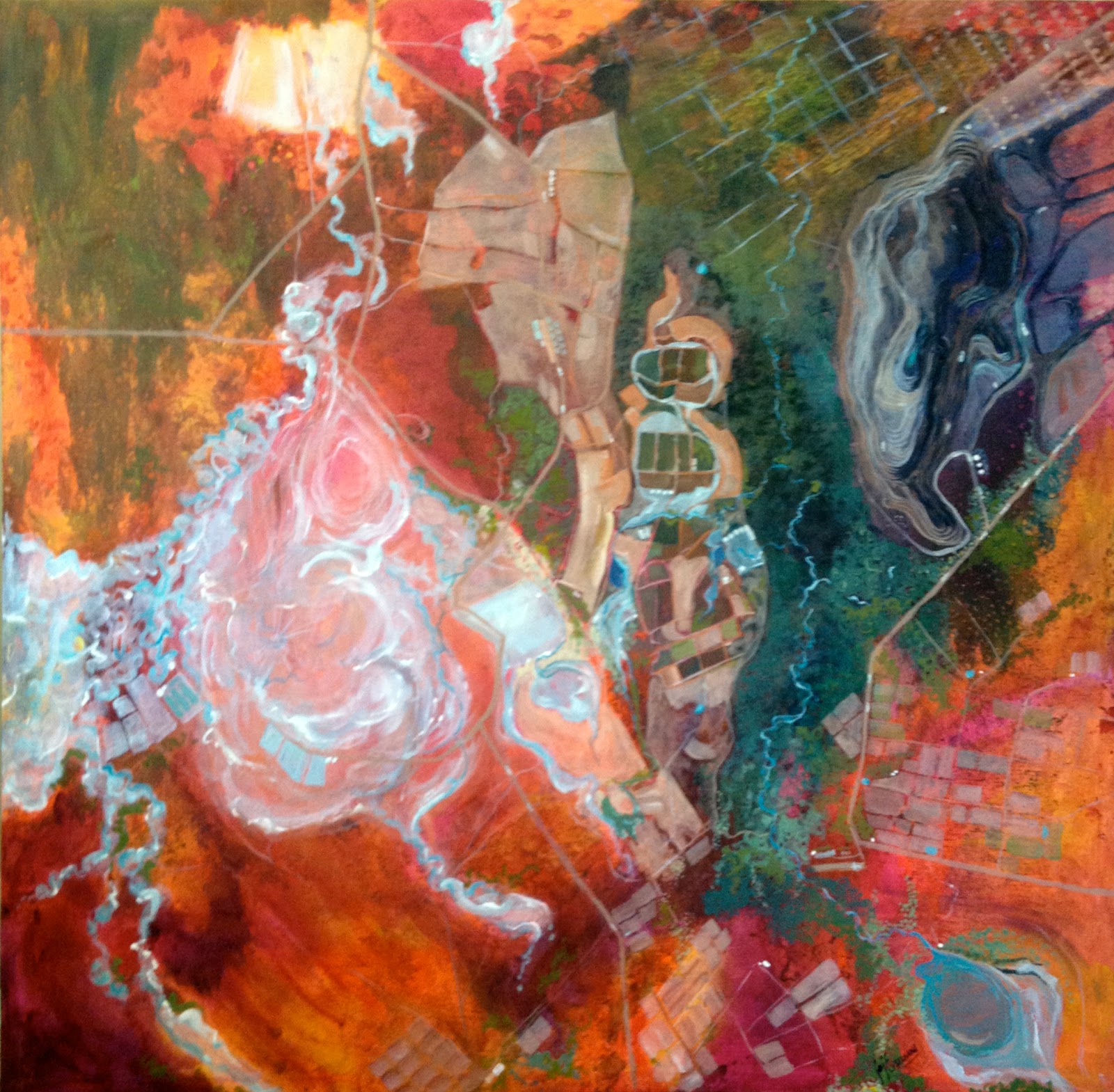 "Pittapunga Lake" (1.2 m x 1.2 m synthetic polymer on canvas) shows aerial mapping of land use in western NSW, the demands being made on failing river systems, the push into salt lake areas in an attempt to farm salt areas, the decimation of forested areas by clearing for even larger farms, the coal seam gas alongside large mines. Can we continue these unsustainable practises in a land that is largely desert? By the way, this area really exists except that the mine is my addition for now.....
Posted by joy engelman at 4:49 PM No comments:

Had a great day teaching aspirants how to tackle Wattle watercolours! Harder than it looks, it's a real meditation in the studio! 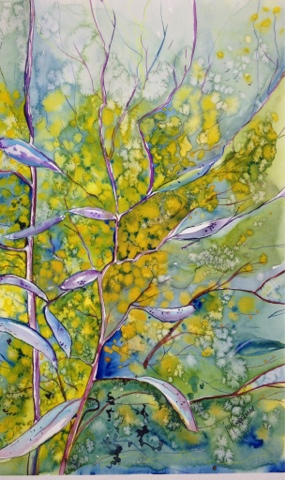 Now it's at the framers waiting for a beautiful frame to set it off! Arh! The decorative arts! Lovely way to be!
Posted by joy engelman at 6:06 PM No comments: